SEAMUS HEANEY and the music of what happens 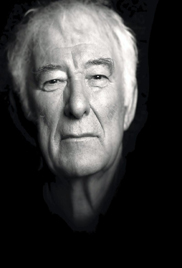 Synopsis: Born into a farming family in rural Northern Ireland, Seamus Heaney became the finest poet of his generation and winner of the Nobel Prize in Literature in 1995, but his career coincided with one of the bloodiest political upheavals of the 20th century, the Troubles in Northern Ireland. Six years after Heaney’s death in 2013, his wife Marie and his children talk about their family life and read some of the poems he wrote for them, and for the first time his four brothers remember their childhood and the shared experiences that inspired many of his finest poems.

The Guardian: “This is a beautiful film which celebrates the great poet’s life and extraordinary works…”

Rotten Tomatoes: “Plain-spoken wit and wisdom abounded throughout Seamus Heaney and the Music of What Happens, a cleverly constructed and consistently absorbing profile of the late Nobel laureate…”

Radio Times: “…as lovingly assembled as a sonnet…”