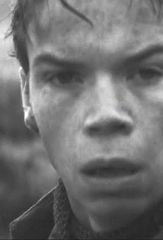 Synopsis: During the last year of The Great Famine in Ireland, a farmhand working for the local landlord has hardened his heart against his countrymen to ensure his own survival. But when he encounters a ghostly female figure stealing milk from the landlord’s barn his resolve is tested and he is beguiled on a journey towards hope. Inspired by ancient Irish mythology and traditional Japanese folk tales, as recorded by Irish writer Lafcadio Hearn during his time in Japan in the late 19th and early 20th century, ‘Bainne’ is an extension of the history of storytelling from both cultures.