A BUMP ALONG THE WAY 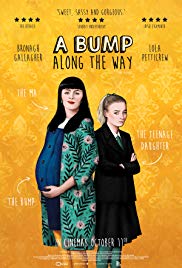 Synopsis: Start your Saturday night right with some Derry girl power. With a 100% rating on Rotten Tomatoes, you can’t miss this hilarious Northern Ireland comedy. After a one night stand Pamela, a divorced mother of one, is surprised to find that she is pregnant again – an event she was told could not happen. As her daughter Allegra tries to deal with the fact she has a new sibling on the way, her social life takes an interesting turn.

The Guardian: “Lovely, warm performances from Bronagh Gallagher and Lola Petticrew are at the heart of this pregnancy comedy set in Derry…”

The Irish Times:  “This is a charming film that will please crowds wherever it plays…”